The column toward the bottom of this page lists all the cheese varieties mentioned in Monty Python’s Cheese Shop sketch from the third season, with John Cleese and Michael Palin. Among them, only the Venezuelan Beaver Cheese is facetious. There are no Venezuelan beavers, though they do have plenty of capybaras down there who might suffice if anyone can work out a way to milk them.

here are over a thousand different named cheeses produced worldwide; France alone turns out a bit under 500. Thus the Cheese Shop list below represents only about 4% of what’s available. In real life, some of the more highly esteemed varieties include Salers de Buron, Noyers-le-Val (ᴀᴋᴀ Cendré d’Argonne), Trouville, Ourde, Welsh Gorau Glas, Castelmagno, Bitto della Valtellina, and Caciocavallo Podolico1. The last is particularly noteworthy for its rarity and expense. The cheese is laboriously handmade and derives solely from the March-to-June milk of free range Podolica cattle who feast on blueberries, cornelian cherries, wild strawberries, juniper and other treats that all impart their aromas to the finished product.

One of the most cherished French cheeses is Ossau-Iraty, a ewe’s milk semi-soft from the country’s Basque region. Bleu de Termignon is also prestigious and very rare, drawn exclusively from several dozen Alpine cows of the Tarentaise and Abondance breeds that graze in the Vanoise National Park and aged in a cellar for four to five months.

The three most expensive cheeses could very likely be Bitto Storico from Lombardy (aged up to 18 years, typically priced at $150 per pound), the moose cheese coming out of a highly unorthodox farm in Bjurholm, Sweden ($300 per pound), and finally Pule, coaxed from a small herd of donkeys grazing Serbia’s Zasavica Special Nature Reserve ($600 per pound2). 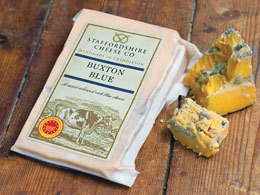 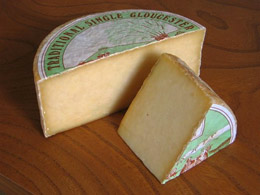 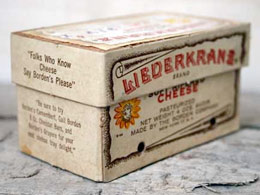 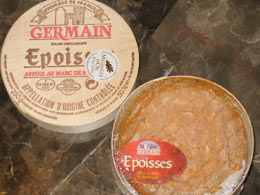 Single Gloucester is relatively inexpensive but still exceedingly rare. Unlike the Double variety which one can crank out pretty much anywhere, it’s a Protected Designation Origin product and must come from Gloucestershire itself — at this writing, from one of four cheesemakers there.

Liederkranz went extinct in 1985 and many feared it would remain so. But its original cultures had been purchased and kept viable by Beatrice Foods and the limburger-like product reëmerged through DCI Cheese of Richfield, Wisconsin, in 2010. Many storied cheeses that aren’t adaptable to industrialized production and rely on dwindling skill sets (Turkish Gorcola, Divle Cave cheese, etc.) are definitely on the way out, as have been many that require unpasteurized milk — perhaps most famously, AOC-certified Camembert de Normandie3.


This may or may not serve as a consolation, but there is a cheese gourmandizing revolution close at hand. An Oakland, California firm by the name of Counter Culture Labs has been hard at work coaxing yeast through various DNA manipulations to produce chemically authentic mammalian milk. The mind reels. Giraffe? Manatee? Platypus? One cheese-related fantasy Counter Culture’s researchers have expressed publicly is narwhal. Curious Notions predicts most extra-bovine dairy products will prove unremarkable, but that a small percentage of them will contribute distinctive flavors and other traits and we’ll end up homing in on those.

1. The word Caciocavallo refers to cheese traditionally transported by horseback.

2. Several factors contribute to Pule’s sticker shock. For one thing, donkey milk is pretty much the leanest of any mammal with a 0.6% fat content. Bovine in comparison is about six times richer, so it takes far more of the donkey variety to produce each kilogram of cheese: about 25 liters, or one pound from 6.6 gallons. Further, there are typically only 150 or so magarica (jennies) of the Balkan breed available at any given time, they need to be hand-milked three times a day, and their individual yields are only a tiny fraction of those of dairy cattle which unlike donkeys have been bred for the purpose. Much of that price, also, goes to help support the Nature Reserve.

3. Now representing less than 1% of all Camembert sold, as opposed to the pasteurized fabriqué en Normandie war horse you can find at your local supermarket and not a few gas stations
Special thanks: