n early 2010 I stumbled across some charts from some eighteenth- and nineteenth-century sources on the subject of thermometers and was intrigued with the vast number of temperature scales that proliferated in those days. Most seem pretty obscure now, but many at one time or another, such as that of the Royal Society of London, enjoyed great popularity. 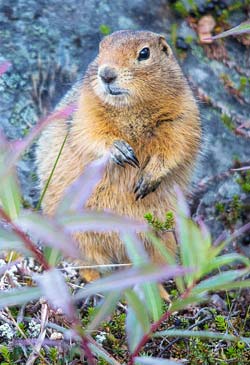 The systems of Anders Celsius (1701-1744); William Thomson, 1st Baron Kelvin (1824-1907); and Daniel Gabriel Fahrenheit (1686-1736) ultimately prevailed, of course, but you may have heard of a few others. The scale established by René Antoine Ferchault de Réaumur (1683-1757), in which freezing is zero and boiling is 80 degrees, still finds some use among European cheesemakers and often shows up in nineteenth-century literature such as Tolstoy’s War and Peace:

Christmas came and except for the ceremonial Mass, the solemn and wearisome Christmas congratulations from neighbors and servants, and the new dresses everyone put on, there were no special festivities, though the calm frost of minus twenty degrees Réaumur, the dazzling sunshine by day, and the starlight of the winter nights seemed to call for some special celebration of the season.

The Rankine scale is identical to the Fahrenheit, except it avoids negative numbers by initializing at absolute zero (-459.67 °F). You encounter it from time to time in engineering literature. Its name honors William John Macquorn Rankine (1820-1872), who also left us the following comments regarding those newfangled metric units he strove to avoid:

Some talk of millimetres, and some of kilogrammes,
And some of decilitres, to measure beer and drams;
But I’m a British Workman, too old to go to school,
So by pounds I’ll eat, and by quarts I’ll drink,
And I’ll work by my three-foot rule.

With the exception of the Dalton scale all of these are linear. This means given a known temperature scale reading of T1, the unknown value for another scale, T2, equals (m × T1) + b where m is called the slope and b the y-intercept. For Celsius to Fahrenheit, for example, Fahrenheit = (1.8 × Celsius) + 32. As in the cases of older and newer Delisle, and of de Revillas, Hauksbee, and the Royal Society of London that slope can be negative. That means their numbers go down with increasing heat rather than up1 ,2.

John Dalton’s system is logarithmic. This is useful when you’re plotting temperatures that vary exponentially, such as among different star types. Absolute zero is negative infinity in this scale, freezing is 0.0 daltons, water boils at 100, lead melts at around 253, and so forth. Every hundred daltons multiplies the thermodynamic energy by the ratio 373.15/273.15 or approximately 1.37.

The converter below will translate between any pair of scales out of the 73. As a bonus it will display the formula for a direct conversion between them — that’s 5256 total sets — along with the values of any mathematical intersections. Since the Dalton scale is curved, it can share as many as two points with some linear ones.

The Fahrenheit and Celsius scales intersect at -40.

1. The Celsius scale originally worked this way, with 100 freezing and 0 boiling, until it was flipped in the mid 1700s.

2. Fun facts: The finest linear scale in this list is the Jacobs-Holborn which provides about 7 divisions per kelvin. At the other extreme, among “normal” scales (i.e., ignoring electron volts and plancks), each degree on the Original Wedgwood spans about 72 kelvins. The oven scales are also relatively coarse, with the Gas Mark, Stufe, and Thermostat degrees covering 13.89, 25, and 30 kelvins respectively.
Please note the conversions between temperatures on this page are not guaranteed. The definitions of some of these scales, especially the more obscure ones, fall far short of modern standards for precision and reproducibility — so any results among them should be taken with a colossal grain of salt!

The units Gas Mark, Stufe, and Thermostat appear on some kitchen ovens (in England, Austria, and France respectively) and their data was compiled by Martha Stewart. Special thanks also to Benny Freilow, Beate and Rainer Holland, and Enrico Schulze for their advice and enhancements. Pluto imagery (when it appears) courtesy NASA/Johns Hopkins University Applied Physics Laboratory/Southwest Research Institute.